How to Forgive a Friend 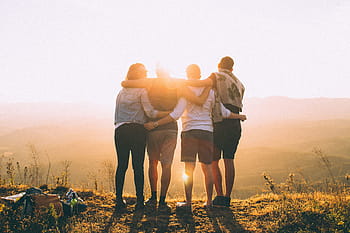 Haeley Gibbs, How To

People around the world have friends, but sometimes they hurt each other, mentally or physically. Nobody needs that. Everyone should forgive each other just like God forgives us. This article will be on how to forgive a friend who has caused you pain.

Get over it. Actually don’t. You can’t. We aren’t computers, we can’t just hit the delete button and go on about our day. When people say you have to forgive and forget, they obviously haven’t understood the fact that we are human. To forgive does NOT mean you have to forget.

Pray Talking to our Father will help a lot. He can help you forgive your friend in a good way. Let him flow through you like the wind blows through your hair. He, too, is trying to make everyone friends, for He doesn’t like war. He wants everyone to be kind and not steal.

Be Kind No one likes being bossed around. If you don’t want to be bossed around, don’t boss others. You can listen to the phrase “Treat others the way you want to be treated.” There is something else you can think about if you have a friend that is younger than you; even if they hit you, don’t hit back, for they are weaker.

Share/Help others If you share more often, then people will want to play and spend more time with you. “Sharing is caring” was said by the Salvation Army. They provided food for the elderly and cared for each other. They also provided gifts and cared for sick people.

Just because you aren’t friends doesn’t mean you are enemies. Middle school is usually when people find out who their real friends are, but you don’t have to have an enemy because someone isn’t your friend. Making an “enemy” out of a former friend is ridiculous. Also remember that you don’t have to forget to forgive. If you forgive someone, you don’t have to let them back in just to hurt you again. I hope you learned something from this article, and that you have a great day.