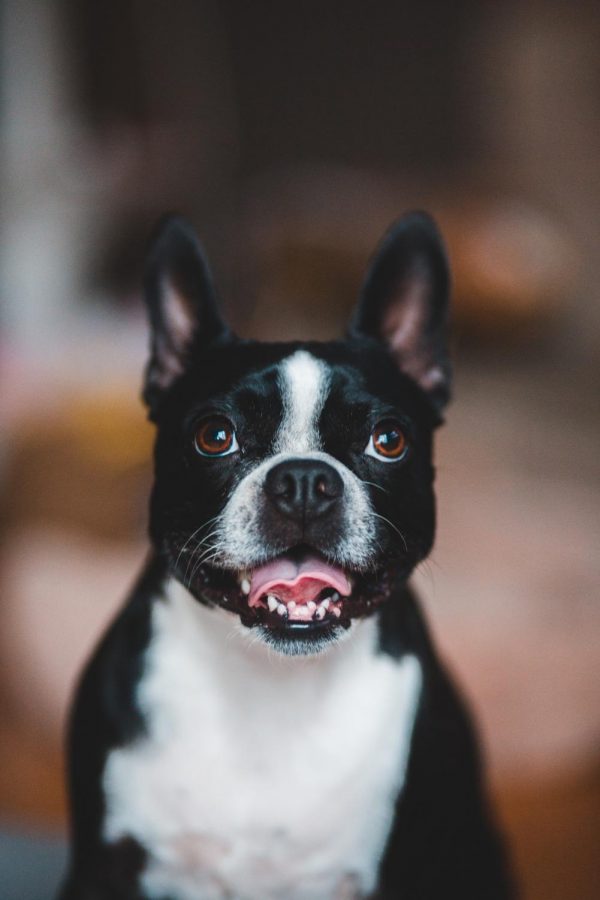 Have you heard of the dog breed labeled “Boston Terrier”? Well, if you haven’t, then you can continue reading this article to find out more if you wish to do so. Using some information from Wikipedia, I’m able to write this article for you readers.
The Boston Terrier’s History
By the American Kennel Club in 1893, the Boston Terrier dog breed was accepted as a non-sporting breed. With the Boston Terrier being a breed of dog, it first originated in the United States of America. When distinguishing this breed from the AKC standard, colors and markings are important. They should be either black, brindle, or seal with white markings. The breed are small and compact with a short tail and ears. According to the AKC, they are highly intelligent and very easily trained. Boston Terriers are friendly and can be stubborn at times. The average life span of a Boston Terrier is around 11 to 13 years, while some can live up to nearly 18 years. They also have a short nose, which can often cause breathing problems later in life, in which is what leads to a low life expectancy. In 2019, the AKC have ranked the Boston Terrier as the 21st most popular dog breed.
Exercise Needs
According to the AKC, a Boston Terrier’s energy level is moderate. Two walks each day should give a Boston the exercise it needs. Though, each Boston is different, so some may require a little more exercise than others.
Health Regards
Boston Terriers are brachycephalic breeds. The word comes from Greek roots “cephalic”, meaning head, and “Brachy”, meaning short. This anatomy can cause a narrow trachea, long palates, and tiny nostrils. Boston Terriers may be prone to snoring and reverse sneeze – a rapid and repeated forced inhalation through the nose – accompanied by snorting or gagging sounds used to clear the palate of mucus, which does not harm the dog in any way. Brachycephalic dog breeds may be prone to complications with anesthesia. With over 80% of litters in a UK Kennel Club surveyed to have been delivered this way, Bostons frequently require caesarean section to give birth.

Curvature of the back, called roaching, might be caused by patella problems with the rear legs, which in turn causes the dog to lean forward onto the forelegs. This also may just be a structural fault with little consequence to the dog. Due to their short muzzles, many Boston Terriers cannot tolerate excessively hot or cold weather and demanding exercise under such conditions can cause them harm. A digestive system that is sensitive is also typical of Boston Terriers with flatulence commonly being associated with poor diet in the breed.

A Boston Terrier’s large and prominent eyes make them prone to corneal ulcers. Due to the breed being characterized by a short muzzle paired with a large pair of eyes, their eyes are susceptible to injury when making contact with sand, debris, dust, or sharp objects.
Grooming
With a short, shiny, and smooth coat, Boston Terriers require little grooming. They produce light shedding, and weekly brushing of their fine coat is effective at removing loose hair. Brushing your Boston promotes the health of the coat because it distributes skin oils, and it also encourages new hair growth. Also, occasional bathing is suitable for the low-maintenance breed.

The nails of a Boston Terrier require regular trimmings. Overgrown nails not only have the potential to inflict pain on the breed, but they can also tear off after getting snagged on something and can make walking difficult.

In a similar way to nail trimming, teeth brushing should also be done regularly to promote good oral health. The risk of the breed developing bad breath, oral pain, or gum infection can be decreased with regular teeth brushings that remove plaque buildup and other bacteria. In addition, poor dental hygiene could lead to tooth root abscesses that could lead to damage near the tissue and eventually lead to the loss of teeth.
Popular Boston Terriers
In 2012 at a ceremony to commemorate the United States’ 102nd Infantry, the U.S. Army awarded a gold medal to an honorable war dog by the name of Sergeant Stubby. The Bull Terrier, possessing three service stripes and one wound stripe, was given a rank in the U.S. Army – this making him the first dog to earn it. The comforting, protective war dog was also rewarded a medal by France. Sergeant Stubby died in 1926 with a legacy of being the United States’ “greatest war dog”.

In 2012, a high school student by the name of Victoria Reed took the advice of her veterinarian and submitted a photo of her Boston Terrier, Bruschi, to Guinness World Records. With each eyeball being 1.1 inches, or 28 mm, in diameter, Bruschi is recognized by Guinness to be the dog with the largest eyes.

In the Japanese manga and anime series JoJo’s Bizarre Adventure, one of the main protagonists of the third part, Stardust Crusaders, is a male Boston Terrier by the name Iggy.
Notable Features
The Boston Terrier’s large and prominent pair of eyes is a distinguishable feature. The breed’s round eyes are set widely apart, are located squarely in the skull, and are large in size.

The breed’s genetic makeup produces it’s short tail. These short tails could take the shape of a corkscrew, or a curl, or they could be straight. Generally, a Boston Terrier’s tail does not exceed two inches in length.

Now having read the article, did you learn anything new? What was your favorite part of the article? Comment them below!