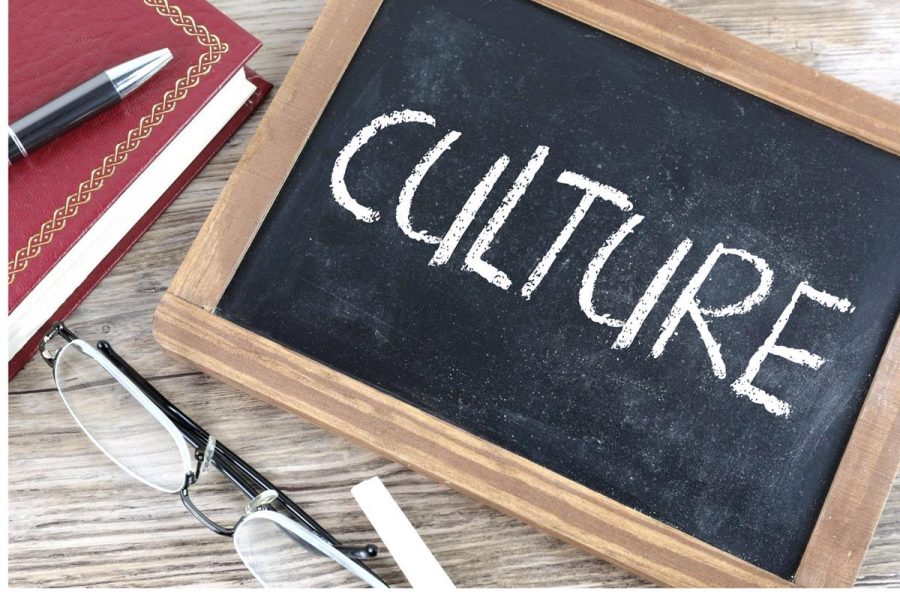 Culture; noun; the customs, arts, social institutions, and achievements of a particular nation, people, or other social group.

Culture is defined as a thought, but does it really define some of us as people? When you hear culture, what do you think? Is it the way we live, is it housing, or religion? Culture is one the hardest words to explain, especially when you have no idea what it means. But when I asked local student, Calvin Santes, about how he felt being half Hispanic and half Caucasian, he was open to give us some information about his life and his views on things concerning him.

When I asked Calvin how he felt about the Hispanic culture, he said “A lot of people don’t think Hispanics care about Christmas, but it is just the opposite.” He also told us, “Most Latin Americans are Catholic and see Christmas as very important holiday.” When I heard this, I felt that Christmas isn’t just giving and receiving gifts to each other, because to them it’s seen as meaningful.

Calvin pointed out to us that Hispanic mothers are some of the toughest and yet loving people. He says that Hispanic mothers really want their children to succeed. “Most mothers are hard on their children because they want them to succeed and have a better life than they did,” he stated. Calvin’s grandmother came from Southern Mexico. She came here in pursuit of happiness. “Everyone deserves to be happy,” Calvin told me.

What Do People Do Not See?

“People don’t seem to notice that places in Mexico don’t have a lot of food, so food there doesn’t really go to waste, unlike the portions in the U.S.,” He says, “My Abuela is constantly offering me milk and making Menudo¹.” Given the portions of food we’re offered in the United States, it is quite difficult to imaging eating and drinking so much just to feel full. It can make you realize how saying, “I’m starving,” can be so untrue, and once you understand it, you feel terrible for ever saying it. There are people out here who gorge on food for days, and some who drink milk just to keep their stomach from growling. Not everyone is lucky enough to have a Abuela like Calvin’s.

¹(Menudo is a traditional Mexican soup, made with cow’s stomach in broth with a red chili pepper base.)

Apart from the food portions, he does say that most Hispanics value family, their work ethic, religion, and academics. I asked him why these things are valued so much. He then explained, “They value these things because some families want their family tree to grow and be successful, to have a better life than some of them. Academics are probably something a lot of parents of any culture, not just Hispanic, try to push their children to excel, they want them to become exceptional in their eyes.” I understood this completely. Parents do push their children to accomplish more in life, and some kids see that and try and live up to the expectations. Some kids don’t really consider that their parents want them to go and make something out of their lives. Along with academics, he pointed out that they value work ethic, which I agree is extremely important. If you were to come to America looking for something in life, such as wanting to be a CEO of a corporation, you’ve got to put in the effort. They put in so much work just to receive such little pay that they might not even be able to put food on the table, but it gives them a roof over their head. “Family…we value family because sometimes that’s the only thing you have,” he expressed. “Religion is also something special to us, it’s kind of like a way of life, something to guide us through hardships.”

How Do People See You?

“A lot of people only see the outside of me. But there is more than what meets the eye. I’m actually half Hispanic and half Caucasian, but I’m white-passing. It feels like a hidden feature of me that no one knows or sees.” As a student who is biracial, African-American and Caucasian, it feels awkward when people are surprised when you do some thing that’s only classified under one race. You feel like people expect you to be like this or that. Sharon Draper, a famous American children’s writer and teacher, wrote a book called Blended and as she talked about the book she said, “…That the black and white keys of her life combine to create an unexpected symphony of race, terror, and finally peace.” Calvin said something along the lines of this, “The reason why some people feels like the reason for division of race is politician driven chaos, and we cannot control what happens in life.”

We might not be able to control how life turns out, but we can influence it with our words and actions. Who we are and what we become can and will influence the future generations.